Historical background
The course of metrology started as the fourth training programme at CBE. The course was established to train Inspectors of Weights and Measures for the Ministry of Industry, Trade and Marketing. Before its establishment at CBE, inspectors of Weights and Measures were being trained in the United Kingdom. The number of inspectors needed then was big and costs of training abroad were prohibitive. This is why, in 1978 the Government of Tanzania decided that the course be conducted locally and CBE was selected to host the course. 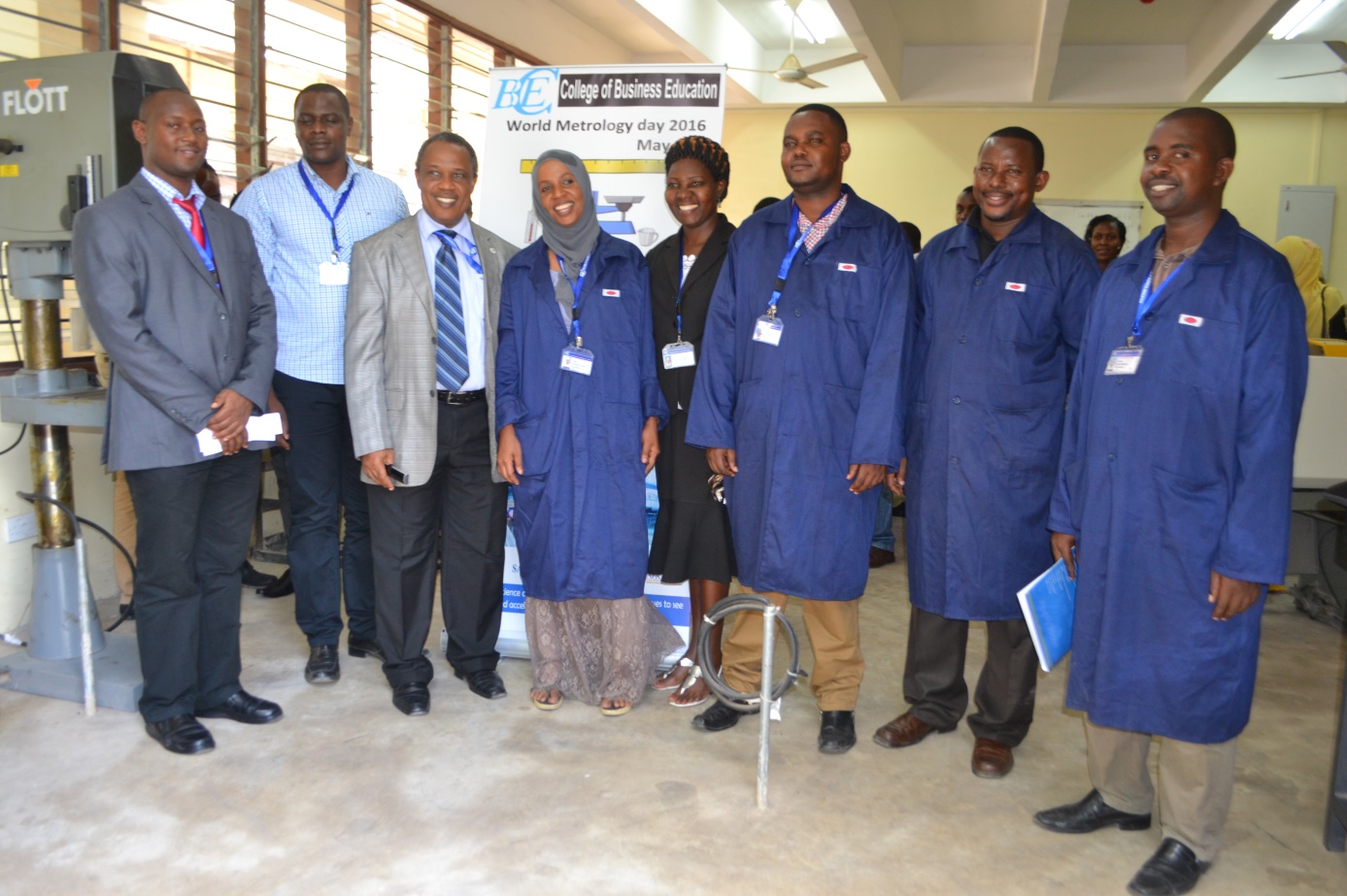 Staff members of the Department of Metrology and Standardization in a group photo with the CBE Rector, Prof. Emanuel Mjema (Third from Left) during the World Metrology day

What is Metrology and why it is important?

Metrology is the technology or science of measurement and its applications. It plays a central role in scientific discovery and innovation, industrial manufacturing and international trade, improving the quality of life and protecting the global environment. The importance of measurements is enormous for economy, society, medical sciences and much more. For example, critical economic, social and medical decisions are based on results of measurements. Wrong measurements can have major consequences which are both direct (loss of profit, death of patient, failure of equipment) and indirect (incorrect environment protection, inefficient business plans)

The Metrology instructor Mr. Ishigita L. with Metrology students during a workshop session

What is standardization and why it is important?

Standardization involves the development and provision of standard, and supply of information on standards to interested parties. It takes place on various levels. Companies, trade association and consortia may produce standards for their own purpose. For national application, a national standards body may develop a national standard or may adopt a national standard that has been developed by International consensus and published by one of the main international standard organizations (ISO, IEC, ITU, Codex, Alimentarius Commission, etc).
The Metrology Department at CBE is committed to training students on processes of establishment of standards, adopting and application of calibration, inspection and verification. However, CBE imparts skills to metrology student on various standards in measurements and their traceability processes.

The COLLEGE OF BUSINESS EDUCATION (CBE) was established in 1965 by the Act of the Parliament. COLLEGE OF BUSINESS EDUCATION Act No. 31 of 1965. His Excellency, J.K. Nyerere, the first President of the United Republic of Tanzania officially opened the new College in January 1965. The College was officially named the “College of Business Education” (CBE). The said Act of Parliament gives the College its legal status as an autonomous institution with its Governing Body. The College shall be governed and administered in accordance with the provisions of this Act

The origin of the College of Business Education (CBE) is closely linked to the history of the Nation itself.